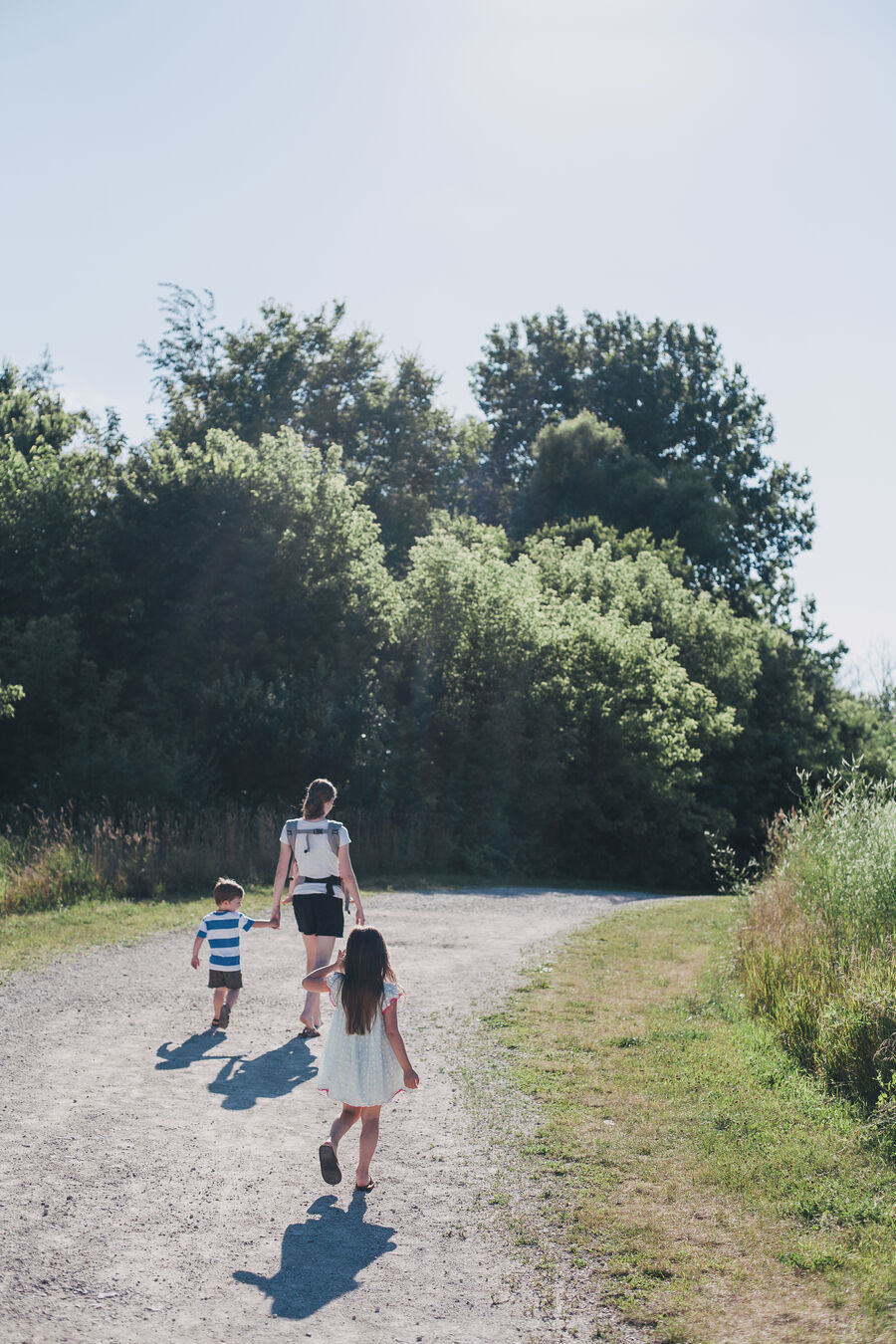 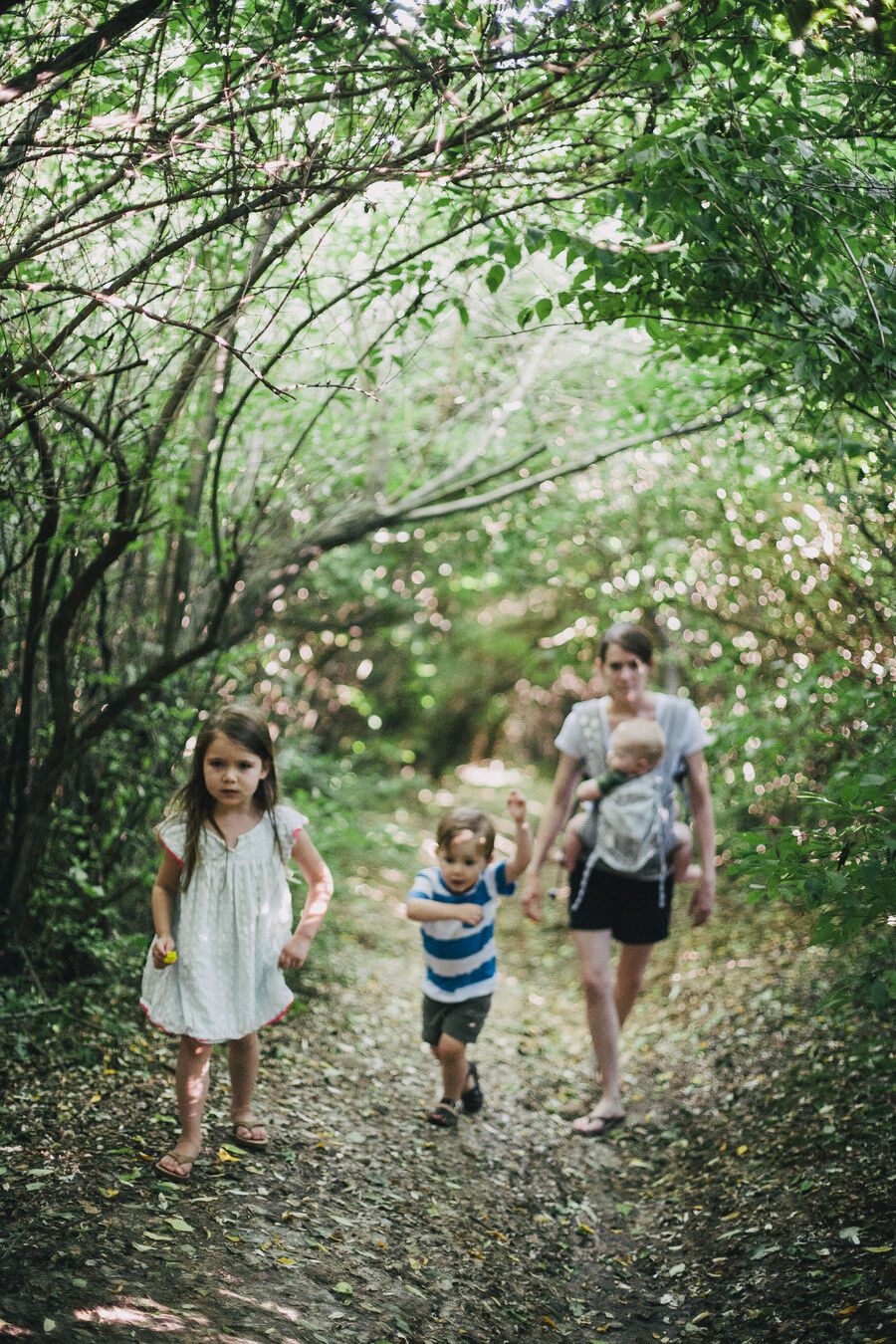 The ninth was the anniversary of our engagement, so we made our annual trip out to Big Rock. We hiked the quarry, took our traditional family photo, and had bbq and ice cream. 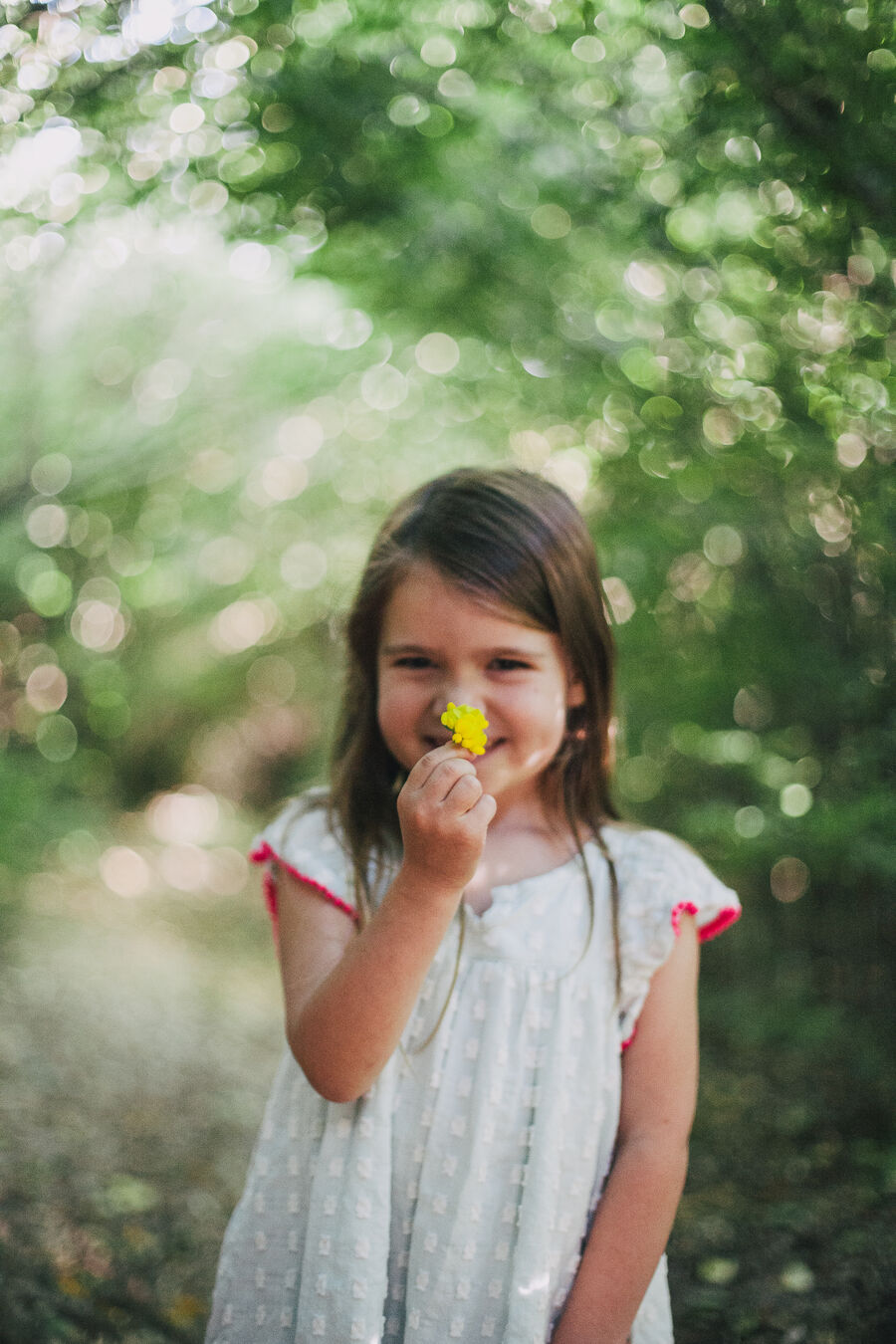 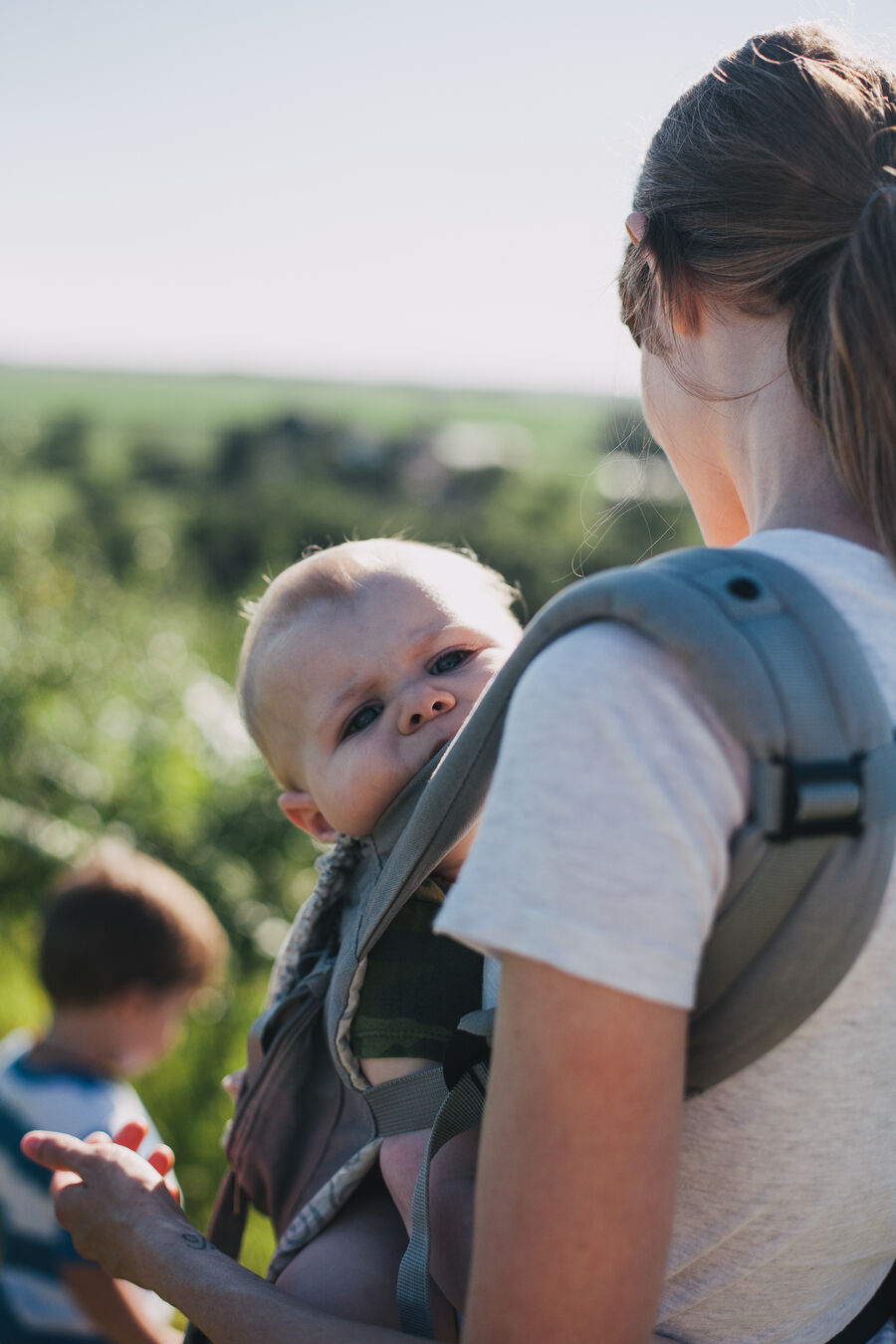 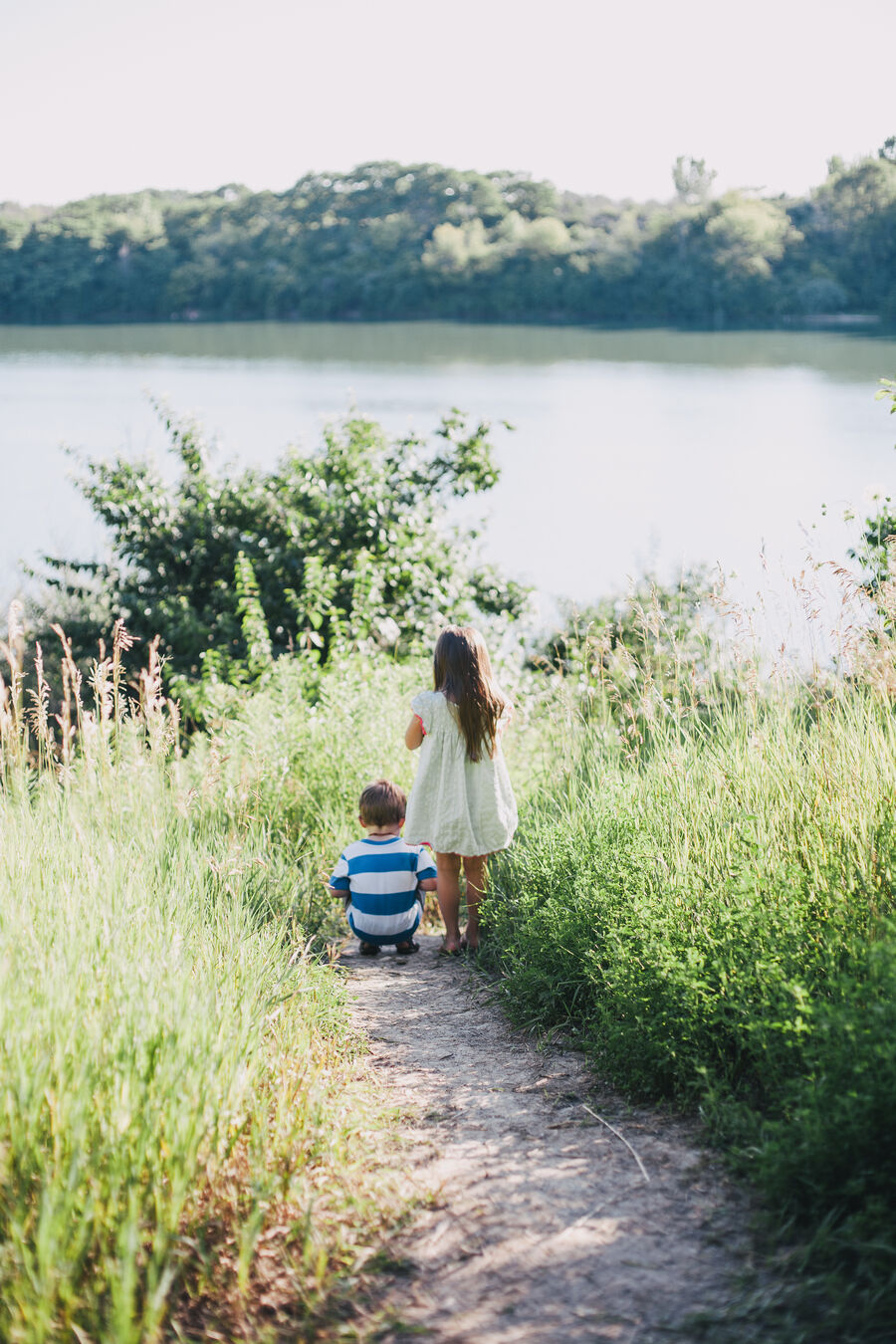 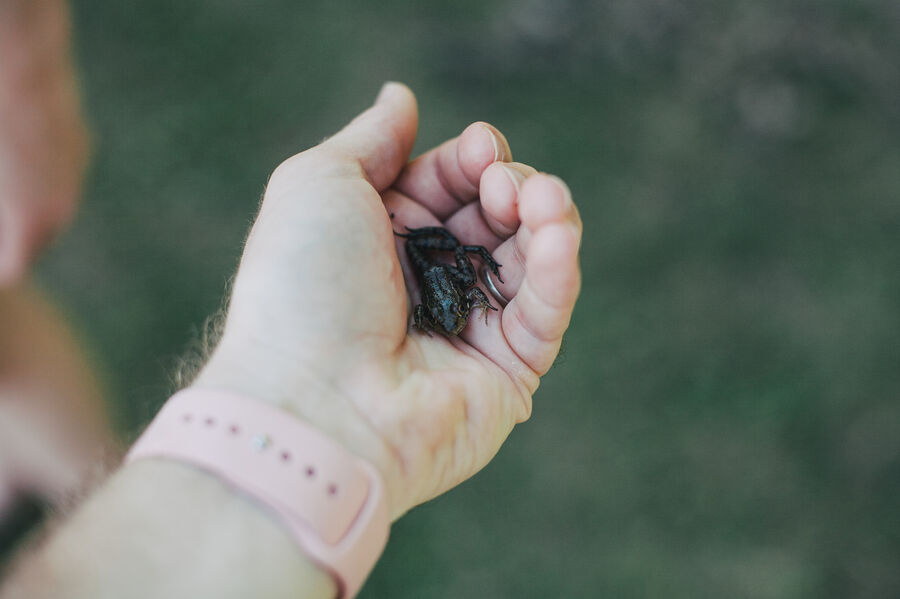 This is truly one of my favorite things we do as a family. It's not just because we're doing it together (we spend the vast majority of our time together as it is, which is how we like it), and it's not just because there is ice cream involved (though that certainly sweetens the deal for the kids), but because I think it's one of the things we do that is really the essence of who we are as a family. The story does not belong to just Alan and me, it belongs to all of us, and our children belong to it as they belong to us. Obviously our marriage in October was the true start of our family, but in the timeline of our relationship our engagement was, in my memory, the spark that was the start.  We inevitably talk of that night, and of our vision for our family and of how we have grown. At this young age there is only so much our children can gather from the story as we tell it, though we do tell it, and we trust in the Spirit and in the certain intuitions of children and the many little ways of understanding things that are forming even now!

I find this kind of family identity to be sorely lacking in our society, owing, I think, to two things (these are in addition, of course, to the very breakdown of the family in general, seeing as that a family has to exist in the first place for it to have an identity): one is a push for individuality (and independence) so intense that it sees the family as a threat to one's individuality, and sees the role of the parents as merely ensuring the survival of the child through to adulthood while being as careful as possible not to impress anything on him or to interfere with the course the child chooses for himself (not to mention the many ways society encourages the excision of the child from the family, especially mother, practically from birth! But that's a whole other post, right?) Such a child belongs only to himself, not to God, and not to his family.

The future of humanity passes by way of the family. (John Paul II)

In fact, all of humanity passes by way of the family, even Jesus. 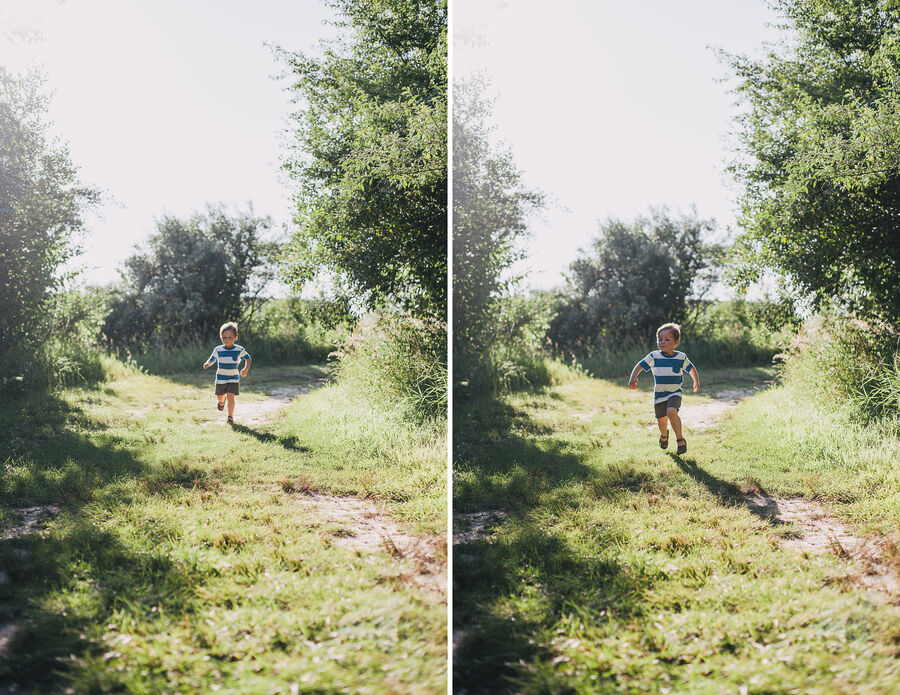 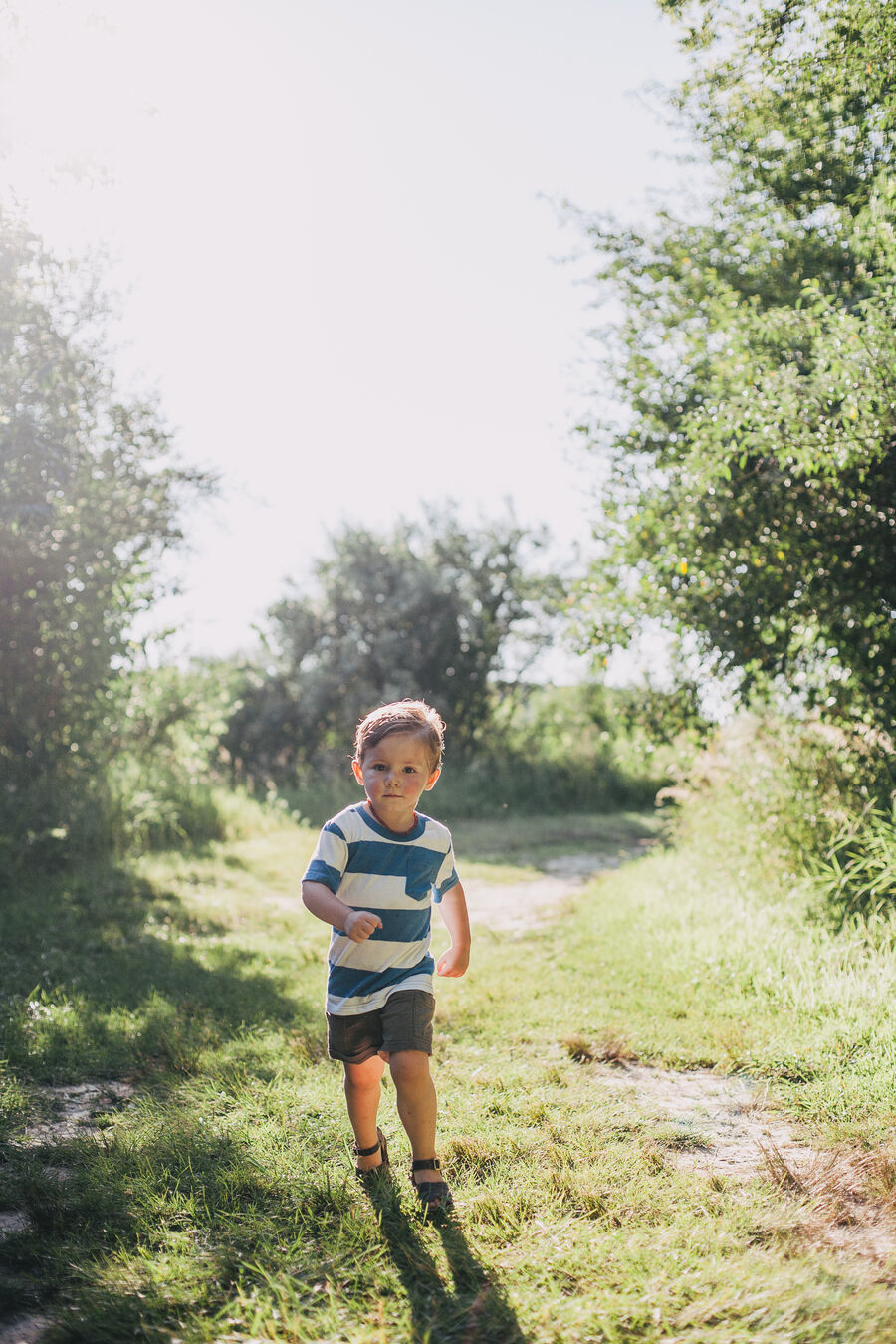 The other threat is the separation of marriage and children (I mean marriage without children, not children without marriage, the latter falling in the category of the total breakdown of the family I mentioned above). When your marriage and your love is about the two of you (your romance, even), and children are an optional afterthought, perhaps some time down the road, rather than an inextricable part of a marriage and one of the very primary reasons for its existence, then your story is as incidental to them as they are to your story.

Our story belongs to our children because we didn't try to keep it from them, so to speak. We knew the natural course of our union would lead to children. To insist for a long time that it not would have been a steady erosion of our conception (pun not intended!) of the way our story belongs to them also. How do you get back then? It's possible, just harder, as the two ways of thinking stand in contradiction. 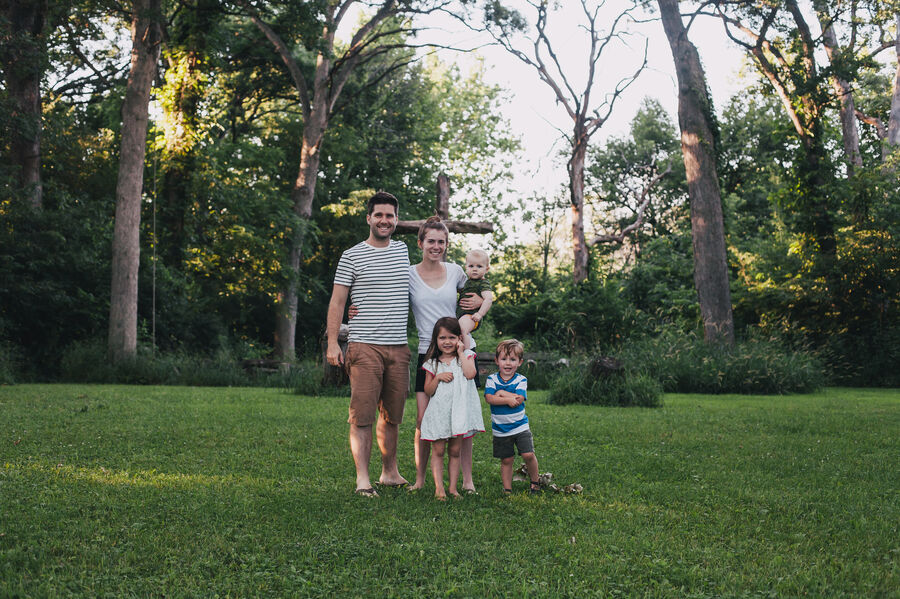 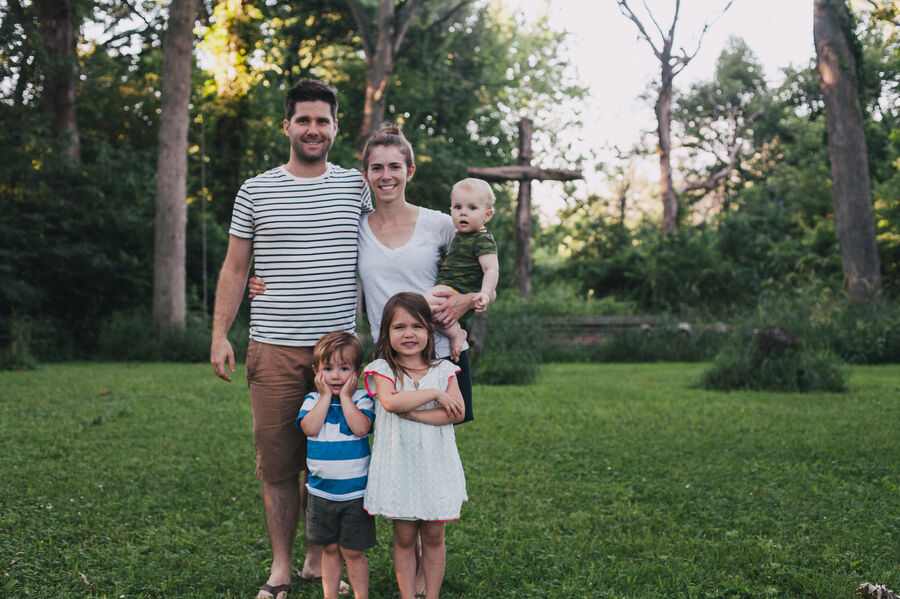 Some may think that children will erode their relationship with their spouse, perhaps a self-fulfilling prophesy rooted in the belief that it was ever about just the two of them. But for us, it only increases the celebration of our love for each other; more love to celebrate and more to celebrate it.