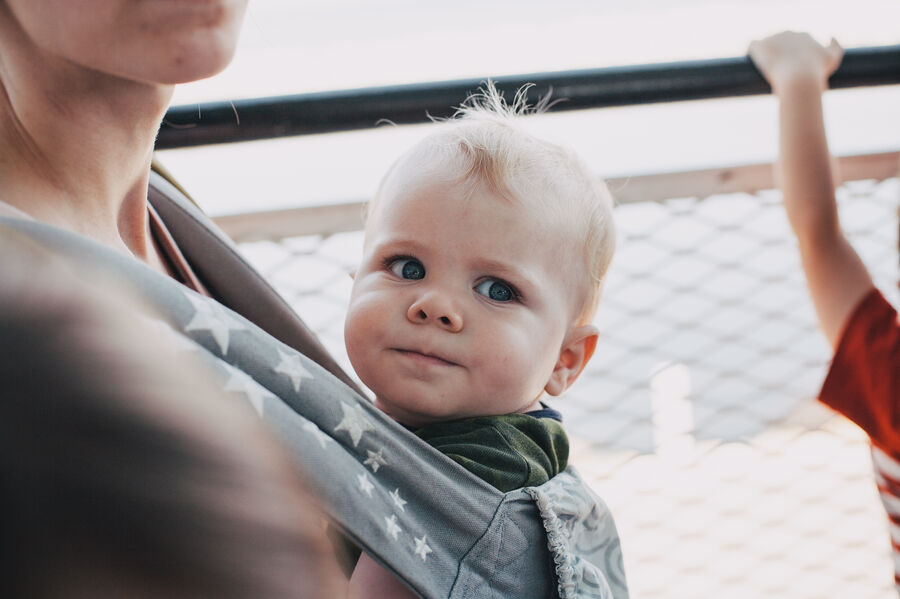 (photos from our vacation to Door County in July)

Media Part One: Our Contribution

When we approach the issue of media and how our children relate to it, we need to look at it as the opportunity to give them a great gift; when we put media in its proper place in our family, we give our children the gift of imagination and time, and a healthy relationship with technology.  In another article about media and family written by my pastor’s wife, Katherine (Incarnational Living: Living With Less Media) she mentions what some of the available research is showing by way of the effect of technology on the vulnerable and developing brain of the child. So many pathways are developing in the brain during that time, and childrens’ access to technology in this age is unprecedented. Only just now has enough time passed for us to begin to see the effects, and it is truly alarming. 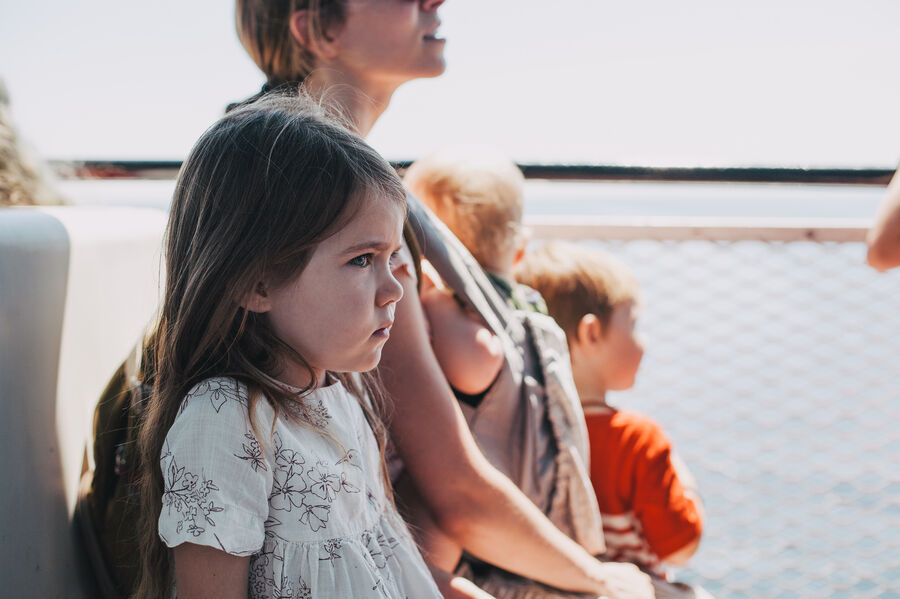 Remember the John Gatto quote I shared a month ago? It bears repeating:

Two institutions at present control our children's lives: television and schooling, in that order. Both of these reduce the real world of wisdom, fortitude, temperance and justice to a never-ending, nonstop abstraction. In centuries past, the time of childhood and adolescence would have been occupied in real work, real charity, real adventures, and the realistic search for mentors who might teach what you really wanted to learn. A great deal of time was spent in community pursuits, practicing affection, meeting and studying every level of the community, learning how to make a home, and dozens of other tasks necessary to becoming a whole man or woman. 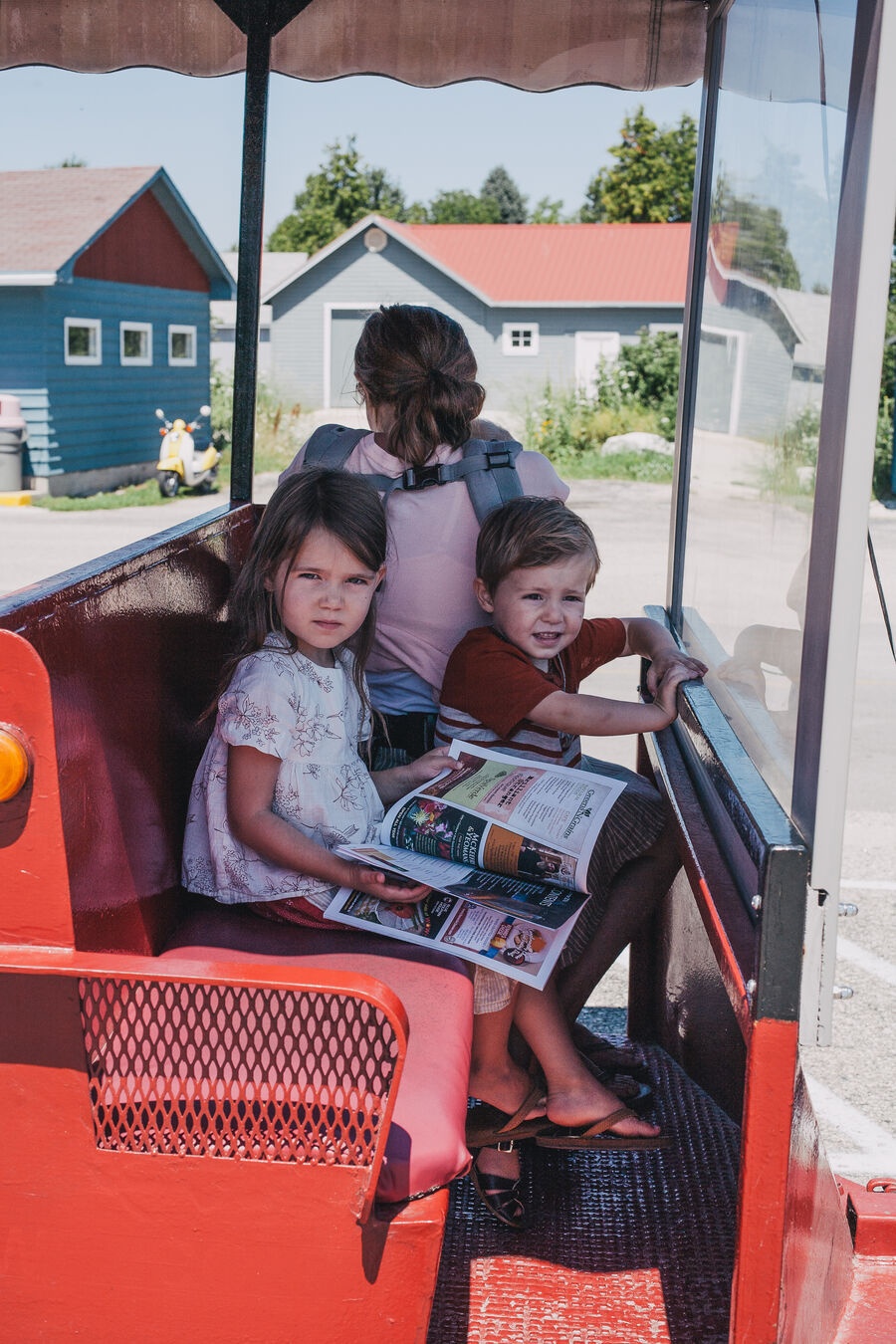 Charlotte Mason talked often of habits and likens them to ruts in the road: the more ingrained the habit becomes, the more the wheel of the wagon falls into the rut. It is then very easy to run along that line, and very hard to climb out of it.  If the habit formed is a good one, then this is to the benefit of the child, as their way of thinking and acting will be good and it will come naturally to them; if it is a bad habit, then they will have to fight hard to do good and to get the wagon out of its old ruts.  What kind of media habits are you helping them to form? 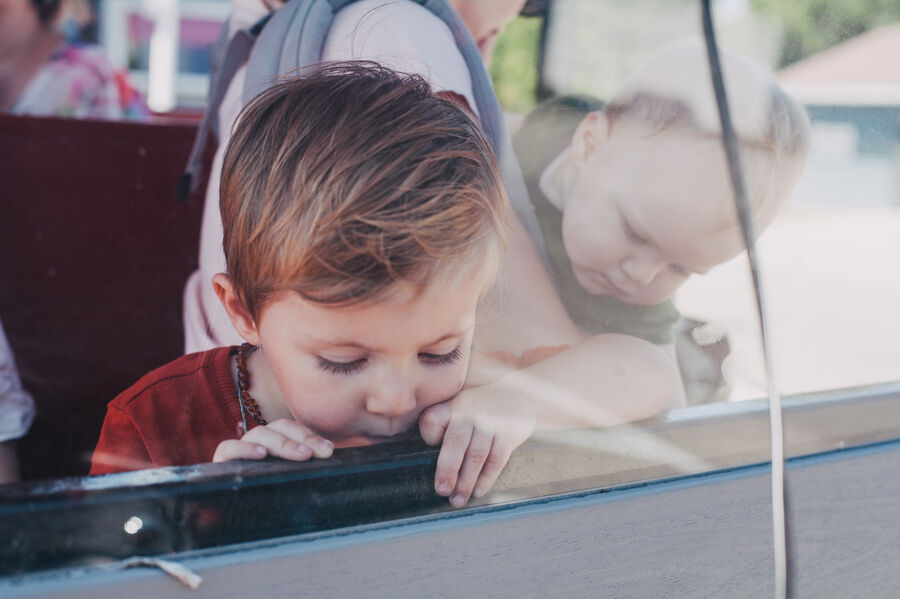 We may be afraid of being the “bad guy” when we make unpopular choices for our children.  Older children especially may label it as unfair, and if bad media habits are longstanding they can be especially intimidating to change. Is it fair to refuse our children daily television, video games, their own tablets? I have heard that daily “screen time” is an unavoidable given.  “You just have to.” I reject that notion, especially for younger children.  Again, the “normalcy” of something is not the best gauge of its wisdom. Yes, it is counter-cultural to raise children this way! But it is not unfair nor unkind to insist on the cultivation of good media habits for your children. Again, as Mason says:

Whether you choose or no to take any trouble about the formation of his habits, it is habit, all the same, which will govern ninety-nine one-hundredths of the child’s life. . .We are all mere creatures of habit. . .What we can do for them is to secure that they have habits which shall lead them in ways of order, propriety, and virtue, instead of leaving their wheel of life to make ugly ruts in miry places.

Don’t expect that your children will ask to watch a show or play a game every day for the rest of their childhood. In my experience, once the habit of excessive mediation is broken, the expectation for it eventually fades and they thrive in the new rhythm of things.  Attitudes also seem to improve in general, as the “coming back to reality” after screen time is often the genesis of a lot of struggles. 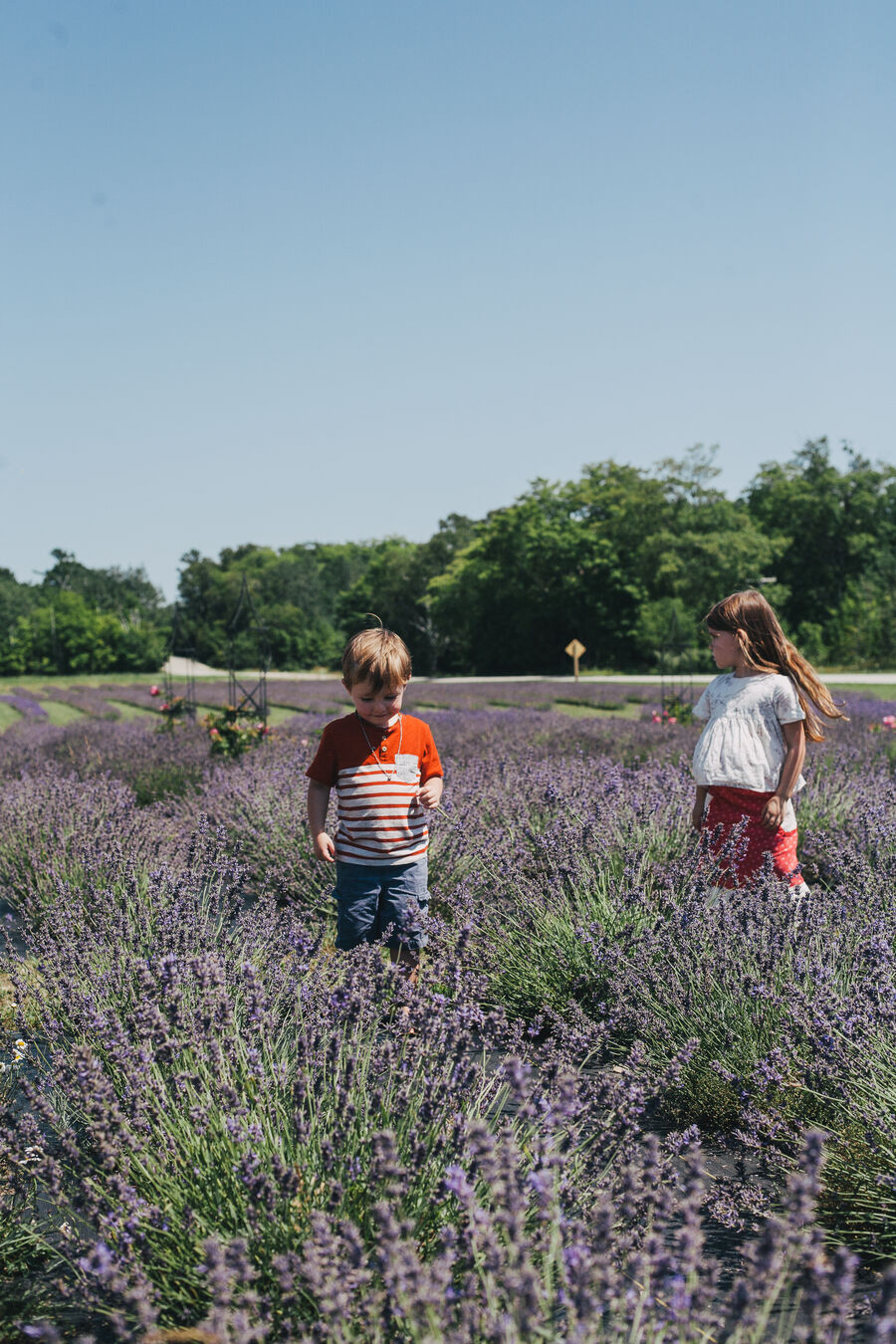 Again, the motto: not too much, and make it worthwhile.

How much is too much? In my opinion, there is no such thing as “too little”, and every day is too much.  But it depends on the season (both of the year and in life).  Our children watch very little at all in the summer (maybe a couple of hours in an entire month), but more in the winter when the evenings are long and cold (an hour or so two or three times a week).  In the weeks after a new baby is born, I feel no guilt in utilizing a short show or a letter game on the tablet even every day (this even more effectively keeps their attention because it is not the norm). That is a season, though, and not a way of life. 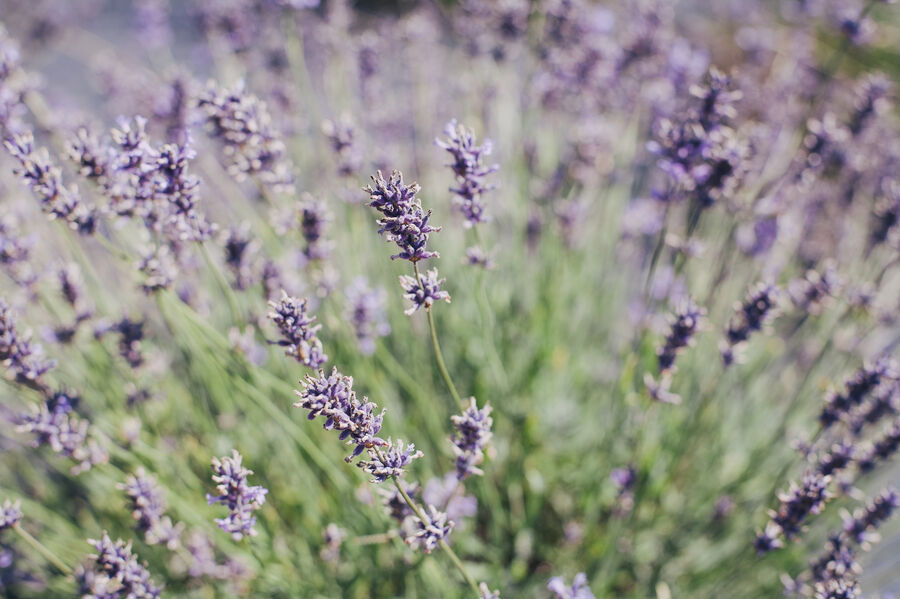 How do you make it worthwhile? Choose the content so carefully. There is more to think about than if it is merely appropriate or not (it goes without saying that you should protect your children from anything explicit or violent). I also loathe the term “educational”.  When people use that term they usually mean letters and numbers, or at the most anything that would fall under the heading of a typical school subject. It’s fine to learn those things! Even good! It’s simply that all of life is “educational” and there are virtually infinite things to learn about (and not just facts, but also ideas), more than can be learned in a lifetime. The use of the term in reference to certain shows or games tends to exclude a plethora of other worthwhile media and to give the so-called “educational” a free pass whether it be “twaddle” or not (and much of it is).  Just forget about “educational” and worry about the other important things: namely, how is it shaping my child’s understanding of beauty and reality? How is it shaping their palate? (Important considerations when choosing things like music and toys, too.) There is even less room for “junk food” media in the life of a child than an adult. Nourish them. Don’t expose them to things that talk down to them, underestimate them, pander to their worst likes and tendencies. It is not about denying children the “childish” and “fanciful” that are truly a boon to their imagination. I, along with C.S. Lewis, believe that even adults should delight in fairy stories (and that’s a good question to ask: is it delightful even to an adult?) Is it noble and beautiful? A child raised on bombastic and over-stimulating media will despise the truly beautiful and worthwhile as much as a child raised on candy will despise the taste of an apple. 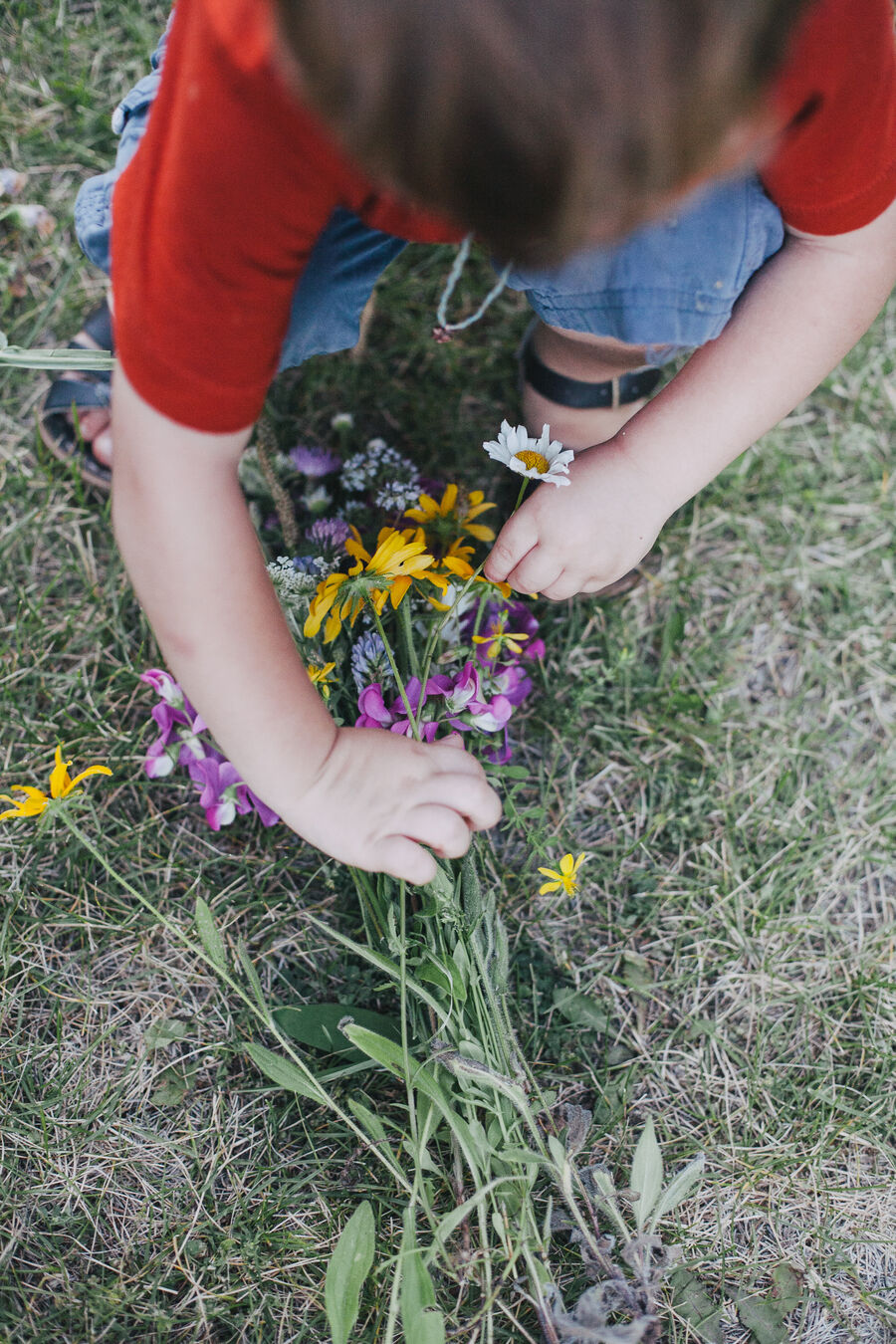 I like very little of modern children’s television (that goes for books, too!).  I’m not just being nostalgic; a definite shift has happened in cultural philosophy about life and beauty, and that is reflected. Things that have stood the test of time have done so for a reason, and don’t forget that everything is new to a child! We have dabbled some with modern children’s shows for short stints, but have ultimately phased most of them out.  Together as a family we mostly watch documentaries and older movies. The children watch Mr. Rogers (not the new-fangled Daniel Tiger – don’t get me started, Mr. Rogers would not have liked that show). Fred Rogers was thoughtful about all of the details, even down to keeping shots long and camera cuts to a minimum to encourage the development of attention. From a great interview with Lady Aberlin:

Sesame Street began to adopt the quick cuts of the ad biz, the premise being that. . . ‘A child has no ability to sustain ideas. They’re going to be distracted very easily. So [on Sesame Street] we’re going to keep cutting, keeping it interesting, and keeping their parents interested.

Apparently modern children’s TV took that premise and ran with it. 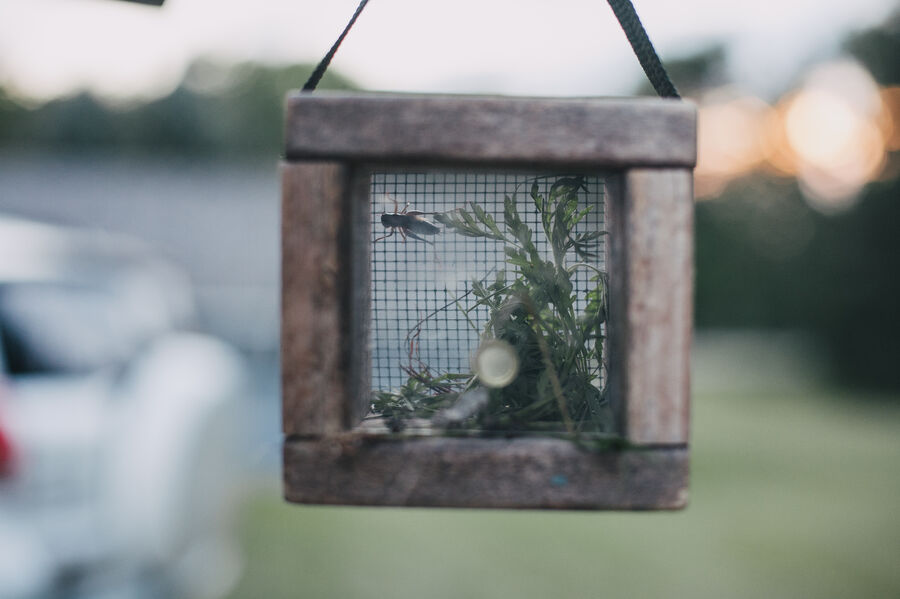 It underestimates children to assume they cannot appreciate or be captivated by the truly interesting and beautiful. Introduce it to them with the expectation that they can, and they likely will. If they don’t, well, you know how they say hunger is the best sauce? Try it again after a lengthy media fast! 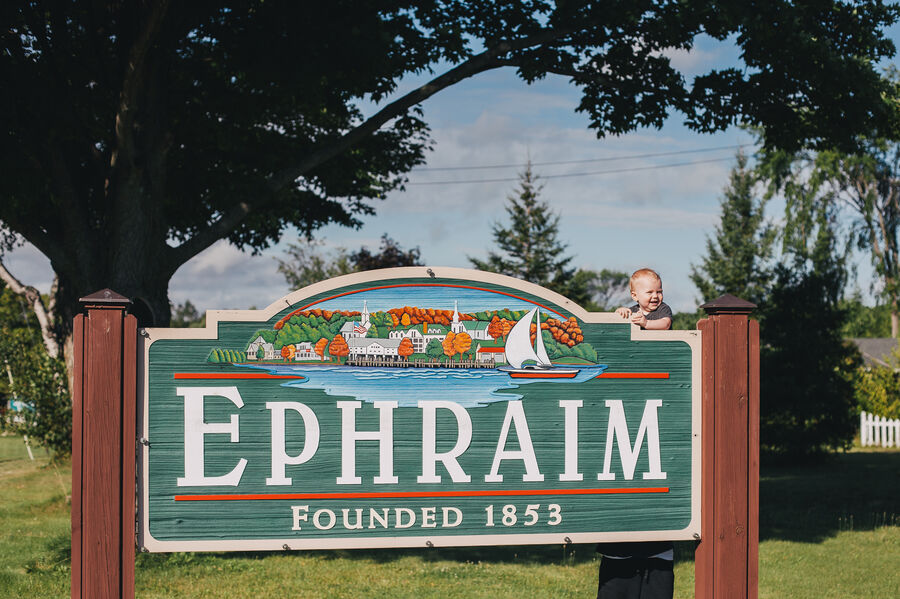 What is true for us is true for our children: the virtual world is only helpful insofar as it enriches their real lives. It can communicate truth through story, and spark wonder that they can carry into their own imaginative play. If it does otherwise it has transgressed its proper boundaries. It is worth it to turn off auto-pilot and the voices of our culture to decide what is best. We can shed the “just get through” mentality so that we can engage with our children, and they can engage with the life that the Lord has given them.